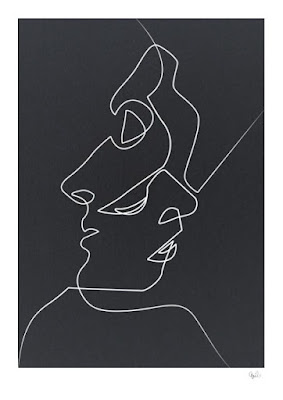 Here she was — four years after she had broken up the relationship they were never really in — finally unblocking him on Whatsapp on a fine Sunday afternoon. Here he was — bored on a flight about to take off, scrolling down his Whatsapp feed — shocked by the change in her profile pic. Gasping for air, he clicked on her name.
Online.
“Is that you?”
She hadn’t expected it. Barely a minute after she had unblocked him, almost absentmindedly, was this ping from a man whom no woman would have loved more than her.
“How many times have I told you to not start conversations with questions?”
He couldn’t help smiling like a fool. “Isn’t that a question as well?”
She allowed herself a little hint of a smile that the idiot’s thoughts usually brought to her lips. She also allowed herself the little indulgence of being a tease, after ages, yet again. She didn’t reply. But she was online.
“Your India number is working. Are you back?”
She was still online. He was trying hard not to let the screen go idle.
It was harmless, she thought. She was going back to Hong Kong the next morning. After a while, she gave in.
“Yes, I’m at Poltu da’s place in Calcutta.”
He froze, almost unable to type, rudely brought back to senses by the otherwise-interesting air hostess. He had to switch his cellphone off. He was about to fly to Calcutta!
“ You know what? I’ll be in Cal in three hours. Oly? For old times’ sake?”
The ticks hadn’t turned blue till the time the flight took off. He knew she wouldn’t come.
His cellphone beeps, again. It isn’t her, again.

“You’ve got to be kidding me, Vicks. Snap out of it. I’m not playing,” reads her last ping.

The emoticon is the exact opposite of what he’s feeling right now. He’s dying inside, trying to play cool.
Last seen 18 minutes ago. The two grey ticks that haven’t turned blue pretty much sum up his story. Their story, he would like to argue.
He goes back to the comforting world of memories away from all the trepidation that uncertainty usually brings to him. Entropy isn’t his cup of tea; he likes things in an order. Not any particular order, though. Just some sort of a pattern, or a semblance of it.
She fit into the pattern. Like a piece of a jigsaw puzzle that fits so perfectly into another only to discover it’s all wrong after a while. It seems alright for the time the pieces are together — almost magical — like it’s meant to be. But life isn’t that bright and gay and colorful and HD as it is in her favorite Romedy Now movies. And she isn’t Reese Witherspoon.
Memories of how it all started occupy his thoughts.
“Hanky gira hai tera neeche.”
Sitting less than two feet apart in the same classroom for two years had not brought him farther than uttering these five words in the same breath. Athank you followed, reciprocated by an angular smile. The angle was a new addition that he practiced every day for hours in front of the mirror. Back in 2001, Kasoor was the new phenomenon and her bestie — who had a not-so-secret crush on him — had then told him that Pari luuuurrrvvved Aftab.
Every day, with a needle-like precision, would her handkerchief ‘fall down’ just before recess and everyday, like a Pavlov’s dog, would Vikram utter those five words. A thank you followed. Then the smile with the angle.
Nothing else. Zero. Zip. Nada.
He had always been popular with the ladies. He had his share of fun, too. It started with the introduction of something monumentally stimulating to his life — cleavage. Staring down the kurtas of senior school girls who pulled his cheeks when he was in the junior school drove him crazy.
Growing up was more fun, especially when it was Hide-&-Seek time. Erections felt awesome, especially against shapely teenage butts. Dark Room was the game where he actually grew up. Even before he learnt about the wonders of shagging, he got his first blowjob. It felt warm and wet and funny and amazing. If high school making out was a game, he had been hitting home runs with a remarkable ease.
But when it came to her, he froze. He would keep looking at her from angles only to be embarassed to death when she caught him in the process. He couldn’t even look her into the eye.
“Abey Gandu, you know there’s something. Kuchh karega?” His best friend was a well-wisher: the kind you have in schools.
“Haan meri jaan, chal sutta pila!”
Oh what a tease she was! Blissfully aware but playing the little games she had always been fond of. She wasn’t the one who could be wooed with roses and perfumes and chocolates and coffee and bikes. She was different and he knew that about her.

“Repeat?” asks the waiter, forcing him out of the daze.

The grey ticks have turned blue. She could have just slid down the notification panel on her Android. She didn’t have to tell him she’s read the ping.
Last seen 1 minute ago.

--
Also published at Medium here.
Posted by MangoMan at 12:04 PM

If you know what a comment is worth to a blogger, do not spend the rest of your life in guilt!

Don't wanna kill yourself? Read this (link) before hopping onto anything else on the blog.

They Fuckin' Love My Blog!

Who said Modesty is a Virtue?

MangoMan
Pissed off with and cynical about almost everything around, probably the biggest misanthrope this planet has ever seen. When not procrastinating, I write here.

On The Same Fuckin' Page